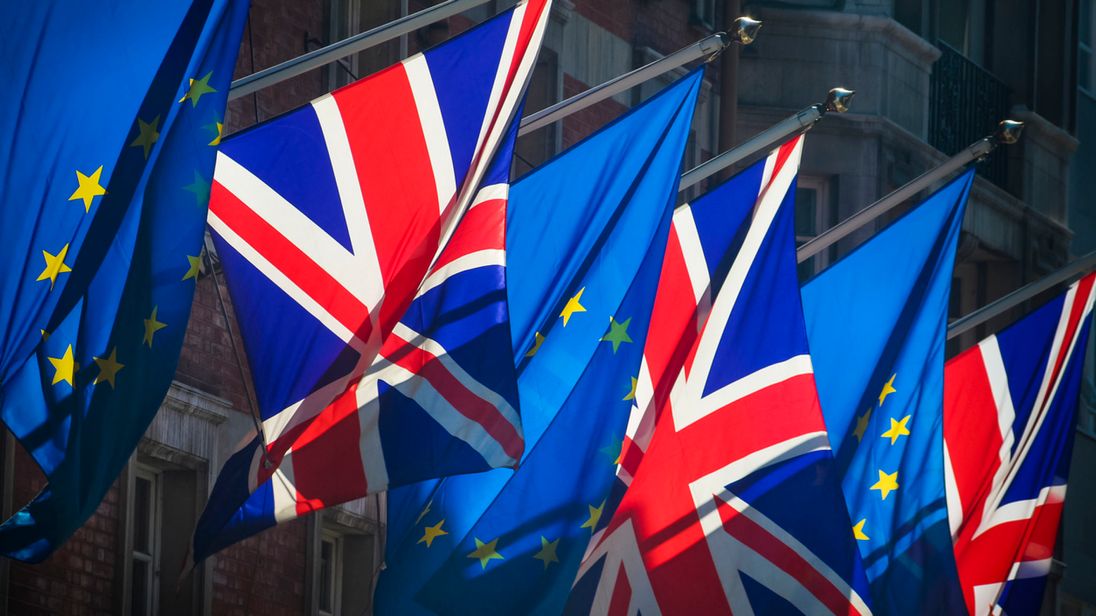 The pound plunged against the dollar and euro Thursday after ministers, including Britain's Brexit secretary Dominic Raab, quit in protest against a draft deal to exit the EU.

The latest market gyrations came as the nation's business sector gave a lukewarm verdict to the proposed agreement, and amid worries that British Prime Minister Theresa May could soon face a no-confidence vote.

Losses were capped by the weaker pound, which boosts London-listed multinationals whose earnings abroad are converted back into sterling.

May had been preparing to sell her Brexit deal to parliament, boosted by news that Europe is preparing a rapid summit to sign off on the agreement.

However, her efforts unravelled spectacularly as Raab resigned along with work and pensions secretary Esther McVey and junior Northern Ireland minister Shailesh Vara.

Raab's resignation "is a major blow for May ... with her position now growing increasingly tenuous", Cheetham warned.

"It now seems probable that a vote of no confidence will be tabled, with some reports stating that the requisite 48 letters will be sent by lunchtime."

Sterling was also hit by news that official retail sales slid by 0.5 percent in October compared with September.

Lukewarm business response
The Society of Motor Manufacturers and Traders (SMMT), which represents Britain's key automotive industry and which has been at the forefront of business concerns about the consequences of Brexit, said Thursday that the deal was a "positive step".

"For the automotive industry, Brexit is about damage limitation.

"The outline agreement is a positive step in avoiding the devastating consequences of ‘no-deal’ and securing a transition period.

"It is, however, only a first step and business seeks certainty and ambition when it comes to securing a competitive future," he added.

On Wednesday, in the immediate aftermath of the deal announcement, Britain's main business lobby group described the draft document as "progress".

"It moves the UK one step away from the nightmare precipice of no deal and the harm it would cause to communities across the country," said Carolyn Fairbairn, head of the Confederation of British Industry (CBI).

She pointed out that it secured a transition deal until the end of 2020 -- a "top priority" for businesses.

UK Finance, the trade association for Britain's powerful financial sector, also said the agreement was "an important step forward in avoiding a damaging and disorderly exit".

"However, the hard work needs to continue," Stephen Jones, chief executive of UK Finance, said in a statement, cautioning that the finance industry would "continue planning to minimise any disruption from a no deal scenario".

A City of London senior official recently told AFP that only a few thousand City jobs would be lost to the European continent owing to Brexit -- a tiny fraction of the 800,000 people working across the capital's banking, insurance, asset management, legal and consulting sectors.

Nevertheless, top international banks like HSBC, Goldman Sachs and UBS are set to move several hundred jobs to other hubs like Frankfurt and Paris.

Other financial groups are establishing bases outside of London to retain so-called passport rights that allow them to operate across the bloc.