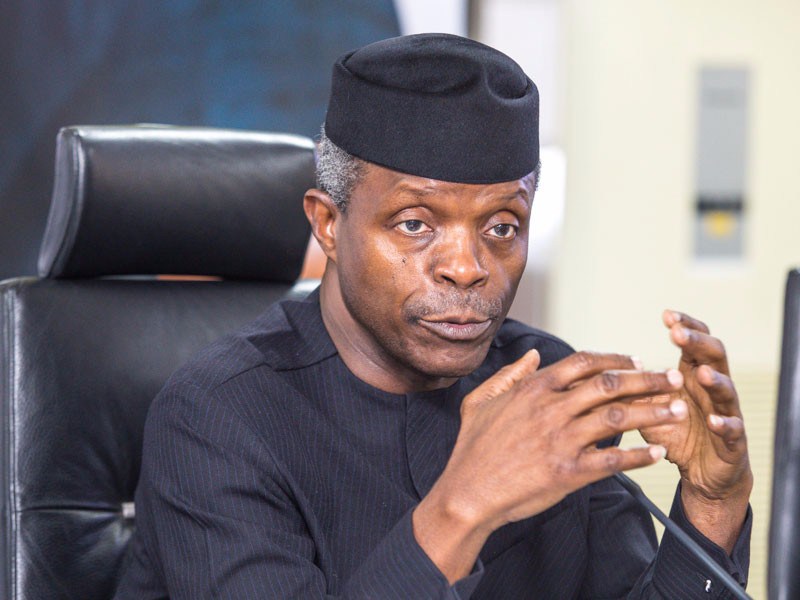 Vice President Yemi Osinbajo has announced the Federal Government’s approval of a 90-day special window to register businesses at a reduced rate of N5,000 only.

This was contained in a statement on Tuesday signed by Laolu Akande, his spokesman.

Osinbajo, who was quoted as making the announcement at the launch of the 19th edition of the Micro, Small and Medium Enterprises (MSMEs) Clinics in Enugu, said the special window of 90 spanned from Oct. 1 to Dec. 31.

He said that the gesture was to further ease the process of registering MSMEs in the country.

“It was observed during some of the earlier editions of the MSMEs Clinics that a lot of MSMEs were finding it difficult to register their businesses as a result of cost.

“So, I am pleased to announce that the Federal Government, through the Corporate Affairs Commission, has approved a special window of 90 days from Oct. 1 to Dec. 31 to register businesses at a considerably reduced rate of N5000 only, down from as much as N10,000 previously.

“This will afford more MSMEs an opportunity to formalise their businesses,” he said.