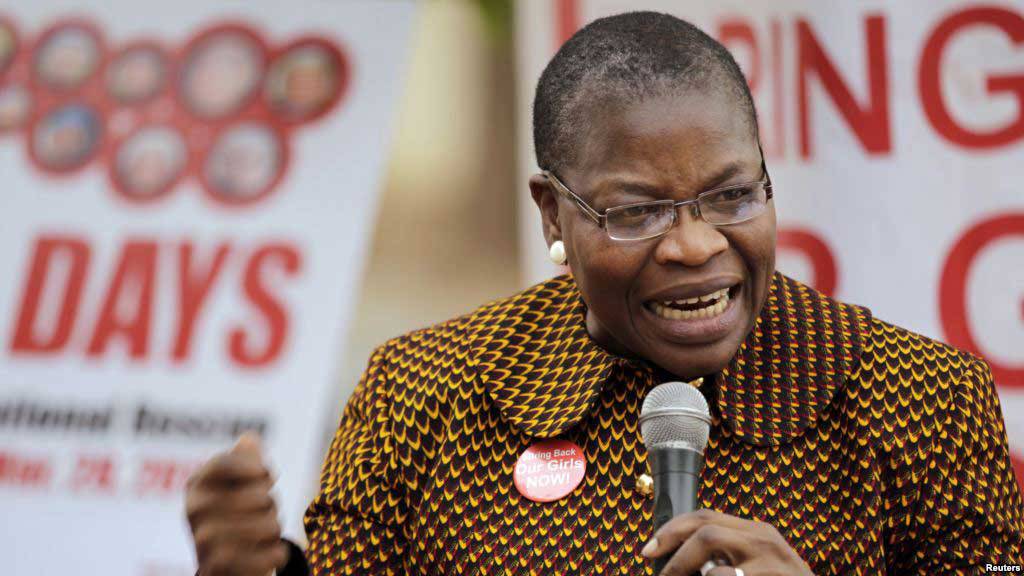 A former Vice-President (Africa) of World Bank, Oby Ezekwesili, has advised the Federal Government of Nigeria to suspend its plan to raise $2.8 billion in Eurobond to fund the 2018 budget.

Mrs Ezekwesili, a former minister of education, gave the advice while speaking with reporters in Lagos.

The News Agency of Nigeria (NAN) reports that she was reacting to the statement made by the Minister of Finance, Zainab Ahmed, on Sunday that the government would soon float the bond.

Speaking at the annual International Monetary Fund (IMF) meeting in Bali, Indonesia, Mrs Ahmed said the country was exploring the bond option to strictly fund capital projects in the budget.

“The upcoming bonds that we are trying to raise will be within the 2018 budget framework and with approved targets.

“So, we are not going beyond what was approved in the budget. The budget has approved for us to borrow both locally and internationally and we have a bond issuance with the range of 2.8 billion dollars that we need to raise before the year closes out.

‘’The bond will be used to fund capital projects in the 2018 budgets,’’ she said.

The minister added that the country had more legroom for borrowings despite high debt profile, saying the total debt profile of the country was just three per cent of the GDP.

Reacting , Mrs Ezekwesili said the plan to borrow more was not good for the health of the economy.

She argued that the country currently spent 69 per cent of its revenue on servicing both local and international debts.

The former World Bank chief added that borrowing more was not a sustainable step as the country was not generating much revenue to cater for its critical development needs.

“What, in my view, the plan to float the bond portends for the economy is that the federal government is digging in instead of digging out.

“That is not a sustainable situation. I see the government quote all the time `Debt to GDP ratio’, but that is like a blunt instrument in an environment where your GDP is not reflective of your productivity.

“We measure your productivity by the revenue the GDP generates in the form of revenue of government that comes as a result of the GDP.

“Your debt to GDP is three per cent and you think that gives you the legroom to borrow and borrow. No, that is not your instrument. Your instrument is your debt service tool, which is the revenue,” she said.

Mrs Ezekwesili urged the government to avoid plunging the country to insolvency someday with borrowings, by exploring innovative ways to increase revenue.

She particularly urged the government to diversify revenue sources and pursue deep sector and structural reforms to reposition the economy.

The former World Bank official urged the country to prioritise its needs and deploy limited resources only in those areas with massive impact on development.

Mrs Ezekwesili, a presidential candidate of Allied Congress Party of Nigeria (ACPN), said the economy was in need of workable policies for revival, and promised to cause an economic turnaround if elected. (NAN)